Senior Pastor of ODF, Terry L. McAllister was born in Fredericton, NB, in 1960 and was raised in Ripples, NB. Upon Graduation from Minto High School, feeling the call to the ministry at the age of 14, he enrolled in what is now known as Northeast Christian College in Fredericton, NB. His studies has led him to achieve his Masters in Theology. Terry believes there is no greater calling than to bring people to Jesus. Most importantly, his conviction and faith are grounded in the Bible. "You can't exhaust the Word of God. If you love God, the Bible always stays new." In 1980, he married his wife Adrianne, and later that year began their journey of full time Pastoring. Adrianne continued studies achieving a Bachelor's Degree in Christian Counseling and Church  Administration. Their journey has taken them into four different churches, thus referring to Pastor Terry as "the church builder". They have one son, Javan, his wife Jaime, and three wonderful grandchildren, Koen, Jalynn, and Harper. Chosen Daughter, Brandi, her husband, Jamie and four wonderful grandchildren, Aaron, Aiden, Annika, and Ashlynn. In later years, added a chosen grand-daughter, Lilee-Mae Jagoe.

Associate Pastor Paul Steckly was born in Kitchener, ON, in 1969.  His secular education was in a small private school.  His Theological education has gained him a Bachelor of Theology. His journey has led him into Pastoring and now as Associate at ODF. In 1991, married Sarah, from Hesston, Kansas, and have seven beautiful children, Jonathon, Jessica, Justin, Julie, Jennifer, Jared, and Joyce. He stresses that one of the most important parts of his ministry is to see that children and youth come to know the truth of the Word of God. "It's great when people of any age come to know God, but it's so much better not to have lived the guilt and regrets that many people experience when they live life without seeking Him". 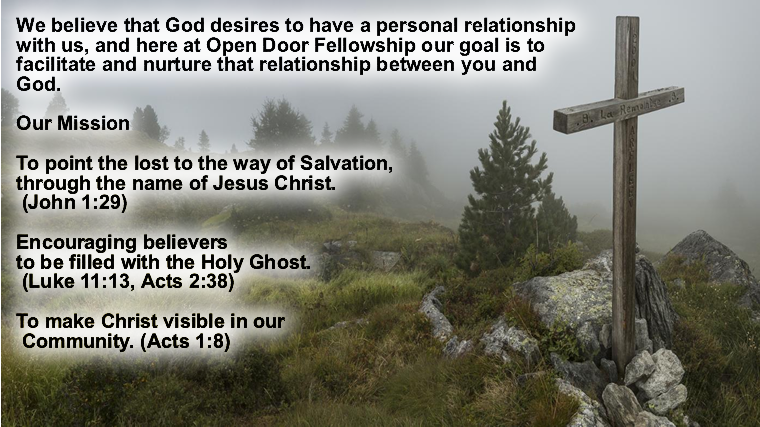 Reaching Out To The World 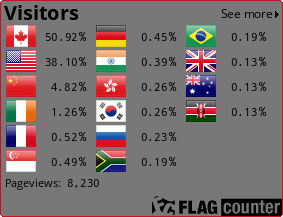 Just a reminder while you are home, We have made it possible for you to e-transfer your tithes and offerings.. send it to opendoor7@yahoo.com .. we have auto deposit set up so there is no password required.. just please make a notation in the message box as to the amount for tithes, general etc.. stay healthy, stay connected.. reach out to each other .. and don’t forget to livestream our services while you are home!